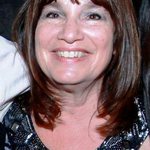 Ellen Flynn was born and raised in Cleveland Ohio. She left Cleveland to attend college at UCLA where she received her Bachelor of Arts degree in Psychology. She then attended University of San Diego School of Law where she received her Juris Doctor degree. After she passed the bar exam she worked in private practice for a firm that specialized in real estate and business litigation. She then went to work for State Compensation Insurance Fund and worked at the Long Beach, Cerritos, and San Diego offices. In 1985 she was appointed as a Workers Compensation Judge at the Santa Ana office of the WCAB. In 1991 she was promoted to Presiding Workers Compensation Judge in charge of the newly created Anaheim office. In June 2012 she was promoted to Associate Chief Judge for the southern region. She has previously been actively involved with the Conference of Workers Compensation Judges and the Executive Committee for the Workers Compensation Section of the State Bar of California.