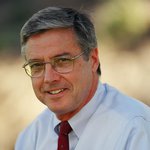 Steve Cattolica holds a degree in Physical Sciences from the University of California and a secondary teaching credential from St. Mary's College in Moraga, California. A member of United States Swimming's Board of Directors in 1982 and coach to nationally and internationally ranked swimmers in the late 70's and early 80's, Steve began his career in healthcare in the practice management field. Steve served in management roles in operations, human resources, product development, marketing and regulatory compliance. In addition, he also served as an officer of the Coalition of Medical Providers PAC. In the early 1990's, Steve developed and successfully ran an enterprise that combined a full service medical cost containment and managed care organization (MCO) with a medical management services organization (MSO). During this same time, representing the interests of his physician clients, Steve was deeply involved with the revision of the Official Medical Fee Schedule as well as formation and later revision of the Medical-Legal Fee Schedule and In-patient Medical Fee Schedule. Prior to joining Advocal in 2004, Steve was responsible for obtaining the original certification for and served as Director of Operations for California's largest certified Health Care Organization (HCO). He is currently a member of the Legislative Committee of the Institute of Governmental Advocates, as well as a member of the Insurance Commissioner's Workers Compensation Working Group. Steve also serves on a number of Division of Workers' Compensation (DWC) stakeholder task force groups as the DWC considers and formulates policy and regulations for the industry.