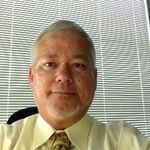 Judge Harter received his JD degree from Santa Clara University and passed the Bar in 1978. He practiced poverty law in San Francisco before representing injured workers at Ury and Wright in 1987. He served as counsel for the Appeals Board beginning in 1990, before being appointed as a Settlement Conference Referee in 1991 and a Workers’ Compensation Judge in 1993. He was appointed Presiding Judge of the Sacramento District Office of the Workers’ Compensation Appeals Board in 1994. He also served as Acting Associate Chief Judge for Northern California from 2004 through 2011.