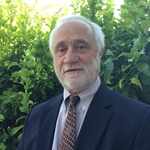 Mr. Moresi has been in practice for over 40 years. He began his career as a defense attorney in California Workers' Compensation and is one of the founding partners of Laughlin, Falbo, Levy & Moresi LLP. Mr. Moresi retired from the firm in 2007 and was appointed a Commissioner of the WCAB. After his seven years working as a Commissioner, Mr. Moresi returned to the firm and the defense community. Mr. Moresi practices out of the firm's Oakland office and will be involved in education and training as well as handling cases on behalf of the firm's clients.