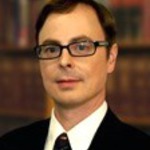 Judge Feddersen received his Juris Doctor degree from University of Notre Dame, in South Bend, Indiana, in 1994. He graduated Summa Cum Laude from San Diego State University, with a major in English, and a minor in Russian, in 1991. He has an international legal background, which includes working with banks and law firms in Moscow. He had his own general practice, which included representing injured workers, for approximately ten years. Judge Feddersen then worked for a workers' compensation defense law firm, Shiney & Fargo, representing major insurance companies and large self-insured employers, and for an applicant's firm, the Law Firm of Rowen, Gurvey & Win, representing injured workers, before becoming a judge in 2015.

By Annonymous
Mon Aug 19 08:48:35 PDT 2019
Judge Feddersen is very knowledgeable about workers' compensation and did an excellent job presenting for the Legal Specialization Test Prep Course.