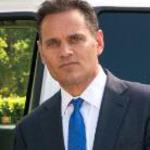 Keith P. More was named in Orange County Workers' Compensation Trial Lawyer of the Year in 2003, 2004, and 2012. He is the only trial attorney in Orange County to be honored as Trial Lawyer of the Year two years in a row as well as the only trial attorney in Orange County to be named Trial Lawyer of the Year three times. He has been a member of the Million Dollar Advocates Club since 1994, and co-chaired the Workers' Compensation Section of the Orange County Bar Association in 2003. He is a past President of the Orange County Trial Lawyers Association. The Orange County Trial Lawyers Association consists of 600 members and some of the finest attorneys in the world. Beyond the personal accolades, however, is a lawyer who cares about the victims he represents. For one 22 year old tetraplegic whose spinal cord injuries resulted from his unprotected fall through a sky light, attorney Keith P. More obtained a settlement of $14.7 million, the largest award in California workers' compensation history. Within 6 months Mr. More settled two other record-breaking cases, both against major corporations. Within addition, Mr. More sets up bank accounts and arranges rehabilitation schedules with client's doctors and goes the extra mile.