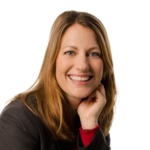 Brenna Hampton is the Managing Partner of the Hanna Brophy's San Diego office. She graduated from the University of California San Diego with a degree in Political Science, theory and debate. In 2005, she was admitted to the California State Bar after obtaining a Juris Doctorate from California Western School of Law in San Diego where she earned special designation as a Distinguished Advocate on the Client Counseling and Negotiation teams and served double tenure as President of the Women's Law Caucus. She joined Hanna Brophy in 2006 and defends insurance carriers, third party administrators and self-insured employers in all areas of workers' compensation law with an emphasis on creative problem-solving.