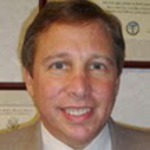 Judge Bushin started his Legal learning at National University School of Law in San Diego. In the 4 year part time night program. At that time, the Judge had a software company that specialized in software for Wang computers, it was 1991 and Wang Computers had peaked. Judge Bushin had to start over. By the time he was completing his third year at National University, the computer business had rebuilt itself on Novell Networks and SQL Server. However, National University School of Law had peaked and was sold to Western State School of Law. Western State was looking for ABA accreditation and was going to follow every little ABA rule, one of which was to fail students if they missed more than two classes. This was not a fit, since Judge Bushin spent two weeks of every month installing software out of state. Judge Bushin, finished his law school in Airports, Air planes and motel rooms and is a proud graduate of William Howard Taft, a correspondence school. For the first couple of years after law school, Judge Bushin was still a full time software engineer, but did legal volunteer work at the American Friends immigration charity and at the domestic violence clinic. He soon founded his own immigration charity, the Sofia Project, which lasted about five years. Afterward, Judge Bushin was a solo practitioner in San Diego until 2004, when he was hired full time at SCIF. After two and a half years at SCIF, Ken Rowen gave him a chance to work at his firm. He grabbed the chance because Ken did not hire often, if you made it through the first few months, the attorneys hired by Ken seemed to be there a minimum of seven to 20 years. A very strong indication that the firm was a good place to work. However, after Ken passed away, Judge Bushin return to SCIF where he worked until he became a Workersâ€™ Compensation Judge in Van Nuys in 2014.