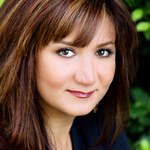 Shaddi Kamiabipour A premier and sought after resource for the prosecution of all forms of medical provider fraud. Ms. Kamiabipour is routinely sought out as a speaker on the topic of provider fraud and has lectured to law enforcement, insurance and employer groups statewide in the topic. Ms. Kamiabipour was awarded the 2016 Law Enforcement Officer of the year for the state by the International Association of Special Investigative units (IASIU). She was also awarded the 2016 Prosecutor of the Year Award by the Employersâ€™ Fraud Task Force. Ms. Kamiabipour has almost 20 years of prosecutorial experience and was previously in the vertical prosecution of sexual assault cases having been assigned to the OCDA Sexual Assault Unit for several years.