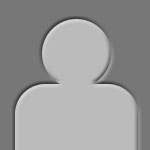 Kent was born in Amarillo, Texas. He was the first generation, on either side of his family, to grow up in a city. Both sets of grandparents were farmers and ranchers. His father was in the oil business. Kent lived and worked around heavy equipment throughout his early life. He has an appreciation for how potential work-place risks are mitigated through the implementation of task specific training, processes and protocols. Kent attended Texas Tech University and the University of Texas-Dallas, where he received a B.A. in Political Science with a Minor in Economics. After college, Kent attended the University of Tulsa College of Law, where he received a Doctorate in Jurisprudence. It was originally Kent’s intention to become an oil and gas attorney. While in law school, and immediately after graduation, Kent worked as a law clerk for Fina Oil and Chemical Company, in Dallas, Texas. After being licensed to practice law by the State Bar of Texas in 1990, Kent began his legal career as a prosecutor in Rockwall and Hunt Counties. In 1992, Kent was appointed by Texas Governor, Ann Richards, as the Special Prosecutor for the Northeast Texas Drug Interdiction Task Force. While working as a prosecutor, Kent received valuable trial experience, trying over 50 cases ranging from DWI to murder. In 1995, Kent moved into private practice, where his practice concentrated on representing both large and small businesses in personal injury lawsuits. In 1998, one of Kent’s clients, who had elected to opt out of the Texas workers’ compensation system, asked him to represent it in a suit filed by an employee who claimed to have sustained an on-the-job injury. The client won the case in a jury trial held in Dallas County. As more Texas employers began to recognize the benefits of nonsubscription, this area of Kent’s practice grew. Currently, over 90% Kent’s work involves the representation of Texas nonsubscribers. His representation of nonsubscribing employers is not limited to the defense of negligence claims. He represents clients in ERISA litigation, OSHA claims and certain employment-related matters. He also advises clients on risk management issues. His clients include both Fortune 500 companies and smaller regional and local businesses. His clients include commercial retail businesses, trucking companies, manufacturers, restaurants and agricultural processors. Over the last 20 years, Kent has handled hundreds of nonsubscriber law suits in State District Court, United States District Court and in arbitration. Kent is a partner in the SettlePou law firm in Dallas, Texas. He is the Vice President of the firm and serves on the firm’s Board of Directors. He also heads the firm’s nonsubscriber litigation group.