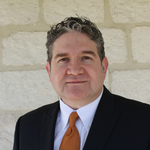 Rob Mikesh is the director of the workers’ compensation claim administration department at the Texas Association of School Boards in Austin, TX. In his position, he oversees five teams handling claims for over 400 Texas school districts and junior colleges who are members of the TASB Risk Management Fund. Prior to joining TASB in 2018, he managed a regional claim office at Texas Mutual Insurance. Rob volunteers with the Central Texas Food Bank mobile food pantry in north Austin and is a cub scout den leader in Pack 55. Rob lives in northeast Austin with his wife Michelle and their two young boys. He is an officer in his neighborhood association and a member of St. Albert the Great Catholic Church. Rob is a graduate of the University of Texas at San Antonio with a BS in Biology, and Texas State University where he earned his MBA in 2004.