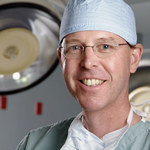 Dr. Stephen Norwood is an experienced Orthopaedic Surgeon who most recently practiced in Austin and San Marcos, TX over several decades. A graduate of Rice University, he studied medicine at U.T. Southwestern Medical School in Dallas, followed by orthopaedic residency at Brooke Army Medical Center (San Antonio). Military service was completed in the Army Medical Corps. He was team physician for Texas State University as well as several high school programs. Dr. Norwood is a past-president of the Texas Orthopaedic Association and served on the Board of Councilors for the American Academy of Orthopaedic Surgeons. He has been repeatedly named a “Texas SuperDoctor” by Texas Monthly. He served as legislative chairman of the Texas Ambulatory Surgery Center Society and has expertise in Texas Worker’s Compensation, having worked many years with Texas Medical Association’s committee on Worker’s Compensation. Dr. Norwood has frequently represented various medical groups before state legislatures and other regulatory agencies. He was also involved many years in post-hospital care of the elderly, working closely with Skilled Nursing facilities and the Home Health industry. Currently he is Editor-in-chief of Official Disability Guidelines (ODG) and orthopaedic consultant to Texas Association of School Boards/Texas Municipal League and Texas Department of Insurance/Division of Worker’s Compensation.