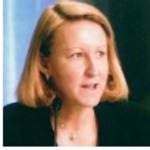 Colleen Casey is a Workers' Comp Judge and former WCAB Commissioner in San Francisco. She has lectured throughout the state of California on all aspects of workers' compensation. She is a contributing author of the CEB text on workers' comp and she has written several articles and monographs on the subject.