Robinson: Time to Geaux Back to the Workers' Comp Drawing Board?

The Louisiana workers’ compensation community is a fantastic place to spend a career. 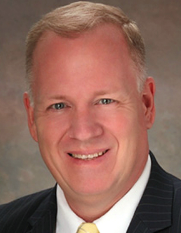 Over the past quarter-century, I’ve had the chance to work with stakeholders from New Orleans to Shreveport, Lake Charles to Monroe. I’ve attended depositions from Benton to Bastrop, Sulphur to Slidell, and many places in between.

In every parish, stakeholders on all sides are passionate about the bayou version of the grand bargain. But in a post-pandemic world, as we move into a second century of workers' comp in Louisiana, the question must be asked: Is it time for a change?

The numbers are troubling. The Oregon Department of Consumer and Business Services publishes a biannual report comparing premiums paid for workers’ compensation insurance in each state. From 2014 to 2018, despite having among the lowest frequency of workplace accidents of any state in the country, according to the U.S. Bureau of Labor Statistics, Louisiana paid the 10th highest premiums for workers’ compensation insurance.

In the 2020 study, Louisiana moved up to the eighth highest premium state. Conversely, Mississippi, Texas and Arkansas ranked 34th, 46th and 50th, respectively.

The Workers Compensation Research Institute is an independent research organization that has analyzed state workers’ compensation systems since 1983. For more than two decades, the institute has published its annual CompScope study, comparing indemnity and medical benefits, administrative costs and other features of state systems. The 18 states currently included in CompScope represent five of the six most populous and some 70% of the national claims pool.

As it has for the last several report cycles, Louisiana led the 2021 CompScope field with the highest total costs paid per claim compared to every other state in the study. Still, this iteration represents a nominal changing of the guard.

In 2020, Virginia held the top position for highest medical costs. But reforms to that state’s medical reimbursement schedule in 2017 opened the door for a disappointing CompScope trifecta for Louisiana in 2021: highest medical payments per claim, highest indemnity benefits per claim and highest benefit delivery expenses per claim.

It may be difficult to improve those numbers in the short term, since WCRI also found costs are increasing faster in Louisiana compared to every other study state.

The indemnity claim severity in the region for policy year 2017 ranged from $17,100 for Arkansas to $25,800 in Oklahoma. At $43,400, Louisiana doubled the average. Louisiana fared little better in medical claim severity for the region at $56,100, compared to $48,000 in Alabama, and half as much in Arkansas, Mississippi and Oklahoma.

Let’s be clear: High costs are a symptom and not the problem. The goal of any reasonable workers’ compensation system must be to expedite proper health care and return injured employees to work. However, according to WCRI’s 2020 CompScope study, the average duration of temporary disability in Louisiana far exceeds that in other study states. At 31 weeks, TD in Louisiana was nine weeks longer than the second-highest CompScope state and more than three times longer than the lowest state.

The full reasons why injured workers stay out of work longer in Louisiana than elsewhere defy the scope of this article and the breadth of the author’s intellect. There are some obvious problem areas that may contribute, though.

For one, doctors in Louisiana prescribe substantially more medication than their counterparts elsewhere. A 2019 WCRI study comparing opioid use in 27 state workers’ compensation systems showed Louisiana battling with Delaware for the highest amount of opioids prescribed, some 50% higher than the third and fourth highest states and three times more than any of the remaining states in the study.

Considering a pandemic-stoked, reemerging opioid crisis, that is a sobering statistic. When it comes to drugs, Louisiana is an unfortunate outlier even among outliers.

The Louisiana Legislative Auditor has addressed opioids in Louisiana workers’ compensation more than once, repeatedly recommending controls such as formularies or improved treatment guidelines. Most recently, a report dated Dec. 4, 2019, concluded:

In 2018, Louisiana providers wrote 79.4 opioid prescriptions for every 100 persons, compared to the average U.S. rate of 51.4 prescriptions. The rate was among the top five in the U.S. that year.

Nationally, drug overdose deaths climbed by more than 20,000 from 2019 to 2020, including a 53.2% increase in Louisiana, the highest percent of change in any state during that period. The state Office of Workers' Compensation Administration assistant secretary has correctly said, “[I]njured workers are not the face of the opioid epidemic.” Nonetheless, don’t stakeholders in the workers’ compensation system have a responsibility to rein in opioid abuse and misuse to the extent they can?

The data also reflects workers’ comp legal expenses that are substantially higher in Louisiana than elsewhere. According to WCRI, at more than $10,000, average defense attorney payments per claim are “much higher” than every other state — 59% higher than WCRI’s 18-state median. And if billboards are any indication, Louisiana comp is an increasingly ripe mark for litigators.

The easiest target is the outdated fee schedule provided under La. R.S. 23:1034.2, which has generated thousands of disputed claims and millions of dollars in legal costs. Legislators and regulators on all sides of the discussion have neglected to address ambiguities and loopholes in the statute for too many years.

What is the point of a fee schedule based on the “mean of the usual and customary charge” or a percentage of “billed charges” in the absence of some objective restriction on such charges? Why limit reimbursement for surgical implants to “invoice cost plus 20%” when physician-owned distributors are allowed to artificially inflate “the invoice” several hundred percent through a chain of shell transactions?

On the other hand, why is per diem inpatient hospital reimbursement capped at a level that is woefully inadequate and decades out of date? Well-intentioned promises to fix the fee schedule remain unfulfilled. So, stakeholders litigate the uncertainties, one medical bill at a time, one petition at a time, clogging courts and wasting time and money that might be better spent elsewhere.

That is not to say efforts haven’t been made to rein in high medical costs and excessive utilization. La. R.S. 23:1203.1, enacted in 2009, attempted to apply medical treatment guidelines to Louisiana’s workers’ comp system. The process funnels medical treatment disputes through OWCA's medical director, who determines whether treatment complies with state-specific guidelines adopted on the recommendation of a medical advisory council. Both the medical director and the MAC members are appointed by the governor.

Whatever your political allegiance, nothing is more certain than the shifting winds of politics. At some future point, a different governor will appoint a different medical director and repopulate the MAC with physicians aligned with a similar philosophy. Should that change what is deemed “reasonable” treatment for injured workers? Will it?

That is not to say that one interpretation of the guidelines or the other is correct. Rather, it is to say that the reasonableness of an injured worker’s medical treatment should not turn on the political fortunes of gubernatorial candidates, medical directors and MAC members. Employees and employers should be able to rely on the fact that medical science is above politics. Absent changes in the science, a particular treatment should be no more or less reasonable the day before inauguration than it is the day after.

Problems in Louisiana comp are easy to spot. Solutions are more difficult. How do we fix the system and get injured Louisianians back to work? It’s a discussion worth having, so here are a few suggestions.

Legislators and regulators must first address the medical reimbursement schedule under R.S. 23:1034.2. Not on the eve of an election. Not next year. Now. They need only look to Virginia or Indiana or North Carolina and a host of other states that have made efforts to reduce high medical costs in the last decade.

Whether based on a percentage of Medicare, resource-based relative value scale conversion factors or otherwise, there are ways to provide for reimbursement that (1) maintain access to care for injured workers; (2) are fair to health care providers; and (3) don’t gouge employers. Failing to do so wastes system resources to the detriment of injured workers and their employers.

While La. R.S. 23:1203.1 mandates that Louisiana’s medical treatment schedule rely on “current best evidence” and establishes the criteria, updates to treatment guidelines have frequently relied on a consensus of MAC members. In addition, irrespective of the virtue of any particular MAC member, the inclusion of physicians with a substantial financial interest in treating injured workers gives at the very least an appearance of bias.

Certainly, there are well-respected guidelines available that avoid those issues. My own company, ODG by MCG, publishes evidence-based guidelines and a drug formulary that have been officially adopted in 11 states and which are relied upon across the United States and beyond. Three states use variations of guidelines from the American College of Occupational and Environmental Medicine.

It is not my purpose today to convince anyone of the superiority of one product over another, and ultimately each state must decide what best accomplishes the goal of return to work. But when it comes to achieving positive outcomes, Louisiana’s current system is not meeting that goal.

And yet whenever true evidence-based treatment guidelines and drug formularies are broached, the tired cry is resurrected that “only Louisiana doctors can determine treatment for Louisiana workers.” Biology does not recognize state borders.

EBM may not be the only answer, but it is a proven tool that has been effective in improving outcomes for injured workers and employers in other states. Louisiana needs to give it a try.

For my part, a few warts notwithstanding, I still believe in the grand bargain. I believe Louisiana doctors want to provide proper treatment that expedites recovery and return to work, and that they should be compensated fairly for their work. I believe injured employees and their employers want the same. But they are not getting it under the current system.

Maybe Louisiana should look to states like Tennessee and North Dakota, where real reforms have generated real benefits for employees and employers. Maybe a little bayou ingenuity will discover even better processes. Either way, it’s time for a change.

The views and opinions expressed in this article are those of the author and do not necessarily reflect the official policy or position of ODG by MCG, MCG Health or Hearst Health. Patrick Robinson is the vice president of government affairs for ODG by MCG, a former director of the Louisiana Office of Workers’ Compensation and a workers’ compensation attorney.