Phillips: Credibility in the Time of COVID

“The face is a picture of the mind with the eyes as its interpreter.”
— Marcus Tullius Cicero, Roman philosopher (106-43 BC)

The COVID-19 pandemic has changed human interaction in dramatic ways: working remotely, home-schooling and limited or no in-person attendance in public forums.

The judicial system is no exception. Nationwide, courts were forced to implement protocols for the safety of parties, witnesses, judges and juries. The Tennessee Court of Workers’ Compensation Claims was no exception. In this post, we’ll look at the real or perceived effects on the assessment of credibility when a witness testifies remotely.

On May 11, 2020, the court entered a standing order entitled Temporary Procedures for In-Person Hearings that contains the following language:

“Whenever possible, parties with cases before the court should use telephone conferencing, videoconferencing or on-the-record determinations instead of in-person hearings. All individuals attending an in-person hearing shall wear a mask covering their nose and mouth at all times and shall put on the mask before entering the building. Anyone not wearing a mask will not be admitted. Parties or their attorneys must bring their own masks. Parties or their attorneys also must ensure that their witnesses, interpreter and court reporter have masks. Any person attending a hearing may use additional personal protective equipment such as gloves or body coverings, subject to the judge’s approval.”

The Tennessee Supreme Court addressed the first question several years before the pandemic. In Kelly v. Kelly (2014), the issue was the standard under which an appellate court should review credibility assessments of a telephonic witness. The Court of Appeals had found that telephone testimony didn’t warrant the usual deference to the trial judge’s assessment because the judge hadn’t seen the witness.

The Supreme Court agreed with the premise that “telephonic testimony inhibits a trial court’s ability to gauge witness credibility.” Specifically, it noted that “a witness’s personal appearance in court (1) assists the trier of fact in evaluating the witness’s credibility by allowing his or her demeanor to be observed firsthand; (2) helps establish the identity of the witness; (3) impresses upon the witness the seriousness of the occasion; (4) assures that the witness is not being coached or influenced during testimony; (5) assures that the witness is not referring to documents improperly; and (6) in cases where required, provides for the right of confrontation of witnesses.

However, the Supreme Court found that the trial judge nevertheless remains “better-situated to gauge the credibility of a telephonic witness than an appellate court.” As its bases, the court found the judge who hears telephonic testimony could hear whether the witness “sounded calm or agitated, at-ease or nervous, self-assured or hesitant, steady or stammering, confident or defensive, forthcoming or deceitful, reasonable or argumentative, honest or biased.”

Thus, the court found a witness’s telephone testimony was not merely “a cold transcript” for an appellate court “to assess anew,” but instead is testimony that should be given the same deference as in-person testimony.

It follows then that this court’s standing order as to the use of teleconferencing doesn’t run afoul of Tennessee law regarding credibility assessments.

But, what of the second question — the effects of witnesses wearing facial coverings? Our old friend Cicero considered the eyes to be the interpreter of the mind. So, is the 2,000-year-old musing of a Roman philosopher our benchmark in judging credibility? Hardly.

In a recent study, researchers looked at the effects on credibility determinations when a witness wore either a niqab, a veil that covers the entire face except the eyes, or a hijab, a veil worn around the face but not covering it. A panel of mock jurors was tested on its ability to detect falsehoods when viewing witnesses who wore the two veils versus observation of witnesses who appeared in typical “street clothes.”

The results? The mock jurors were more successful in detecting falsehoods in witnesses wearing veils than they were when observing witnesses who didn’t. The researchers theorized that a witness’s wearing of a facial covering required the participants to rely on “verbal cues.” Further, some participants didn’t even watch veiled witnesses; they merely listened to them. This led the researchers to conclude that the visual demeanor of a witness is perhaps overrated.

Putting it all together, do the Kelly criteria and the study results mean direct observation of a witness is unnecessary when assessing credibility? This seems a step too far. As the Supreme Court noted in Kelly, Tennessee law still holds that a witness’s personal appearance assists the trier of fact, as it allows firsthand observation of the witness’s demeanor; plus, direct observation helps ensure that proper procedural safeguards are followed.

Nevertheless, attention to the power of verbal testimony alone benefits all participants in the adjudicatory process as we navigate the COVID-19 safety protocols.

Allen Phillips is a judge in the Tennessee Court of Workers' Compensation Claims, Jackson. This entry is republished with permission from the court's blog. 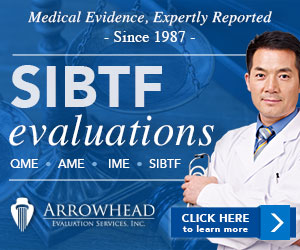