If an employee suffers a serious work-related injury here in California, they can turn to their employer's workers' compensation insurer for the financial assistance they will need as they recover. Unfortunately, employee fraud is still relatively common, in that some employees will fake or exaggerate the extent of their injuries in order to collect work comp benefits, costing their employer both time and money.

Interestingly, a growing number of employers are now turning to a new measure to combat this kind of employee fraud: security cameras.

To illustrate, Jeff Strege, the director of risk management for CEC Entertainment, Inc., which operates Chuck E. Cheese's restaurants, recently discussed at the California Workers' Compensation & Risk Conference how his company took the step of installing security cameras throughout its 510 stores from 2009 to 2010.

Strege indicated that the cameras have proven to be extremely valuable in reducing the number of fraudulent work comp and liability claims over the past few years.

"We've made a number of claims literally vanish once we produce the video footage to show that what the claimant says, whether it's an employee or a guest ... didn't really happen," he said.

While experts are in agreement that security cameras can serve as a valuable deterrent against work comp fraud, they do advise employers to take the time to learn more about their state's privacy laws before installing them.

Typically, these laws will dictate the circumstances (if any) under which employees/guests can be filmed and whether signs informing people of the surveillance must be posted.

These experts point out that even if state privacy laws limit security camera coverage to a smaller than desired area, it can still go a long way toward reducing the number of dubious work comp claims.

"If you have pretty much 75% coverage, and they happen to fall and claim an injury in the other 25%, it becomes very suspicious that (the injury) wasn't recorded," said one expert.

What are your thoughts on installing security cameras for this purpose? Good idea or bad idea?

Workers' compensation fraud/employee fraud is a very serious crime. If you suspect that such a crime has been perpetrated against your organization, you should strongly consider speaking with an experienced workers' comp defense attorney.

Zachary H. Sacks is a partner with the Sacks & Zolonz law firm in Los Angeles. This column was reprinted with his permission from the firm's Employer Workers' Compensation Defense blog. 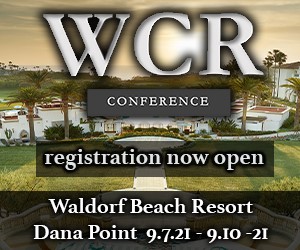