Effective immediately, please allow longer than normal response times for Education-related inquiries. Please email support@workcompcentral.com, and we will assist you as soon as possible. Thank you for your understanding.
Register for a free trial!
Call or email us anytime
(805) 484-0333
Search Guide
Today is Wednesday, December 07, 2022 -

Grinberg: About Those No-Submit MSAs

Your humble blogger is returned alive and mostly well from the WCRC in Dana Point! The conference was wonderful and good times were had. After so many years in workers’ compensation it’s nice to have such a positive and welcoming community and a lot of fun to see familiar faces again and again. 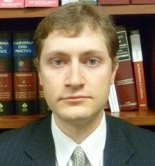 There were many interesting sessions (including your humble blogger’s of course) and even a know-it-all like yours truly came away feeling that I learned quiet a bit. Side note, dear readers, that if you missed the Special Mission Impossible presentation at WCRC, feel free to join our webinar this month as we’ll be presenting it to the internet connected public.

While discussing the effects of not submitting Medicare Set-Asides for CMS approval, the discussion turned to a certain panel decision issued last year, Harrison v. Canyon Springs Pools and Spas, Inc. In that case, the WCAB denied defendant’s petition for reconsideration where applicant successfully had a C&R rescinded!  Isn’t that a dreadful feeling — because even when your C&R is approved and you’re “done,” you’re still not done!

Applicant, while represented, went to an AME who ultimately found no impairment and thought applicant was exaggerating his symptoms based on observing him through a window. Applicant, at some point, entered into a C&R with defendant, and ultimately dismissed his attorney.

The parties obtained a “zero dollar” MSA and did not submit it to CMS. However, applicant was charged with approximately $900 by CMS and required to pay that money to CMS, at which point he sought to set aside his C&R. The trial judge did so, reasoning that there was “mutual mistake” on the point that CMS would accept a zero dollar MSA, which it apparently did not.

The WCJ also ruled that the parties were both mistaken in concluding that the AME found no industrial injury — he did, just no impairment and some harsh criticism of applicant for alleged malingering.

The WCJ ordered the C&R set aside and rescinded the Order Approving Compromise and Release and suggested the parties obtain substantial medical evidence in support of an amended C&R.

So, dear readers, what does that mean for us? Earlier, your humble blogger wrote about another case where the WCAB not only allowed applicant to assume the risk for an MSA which CMS had rejected as being $500,000 light, but also allowed him to self-administer his MSA over the objections of defendant. In this case, however, the WCAB determined that it must be mutual mistake if the parties agree to a $0 MSA without seeking CMS approval.

Since CMS’s enforcement mechanism are almost entirely based on refusing to provide benefits to the injured worker, isn’t the assumption that applicant is always assuming the risk?

Perhaps it makes sense to have C&Rs clearly reflect that there is no mistake – applicant is knowingly assuming the risk that the $0 MSA might not be recognized by CMS. But, as the WCJ pointed out in the Harrison matter, “[i]t could not possibly have been the parties’ intent to subject applicant to unlimited bills from Medicare, potentially up to the entire amount of the settlement. If the undersigned had understood that to be the intent of the parties, the settlement would never have been approved.”

The WCAB is consistently inconsistent in this regard because there are rarely monolithic rulings binding on all the WCJs and on ever WCAB panel of judges — en banc opinions occurs but certainly with not even close to the frequency of panel decisions.

What do you think dear readers?