The trial of a Georgia insurance agent and his wife, accused of accepting premiums but failing to provide workers' compensation and other forms of insurance, began Wednesday, with customers testifying that they believed they were covered. 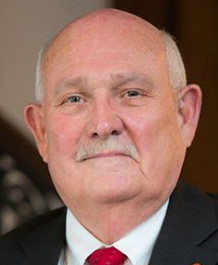 Bob Coleman, an agent in Brunswick, Georgia, who also is a county commissioner, and his wife, Sherry, were indicted in January and charged with providing false certificates of insurance. Sherry Coleman has refused to testify in the trial, according to a local news report.

A Brunswick restaurant owner, Daniel Wilson, testified Wednesday that he approached Bob Coleman two years ago to obtain workers' comp and general liability insurance, and that Coleman agreed to secure it. Wilson said he later found out that a policy had never been placed.

But the defense attorney argued that Coleman's secretary had emailed the restaurateur that she needed more information. Wilson said he didn't see the email. An underwriter also testified that he had notified Wilson about late payments on the liability policy and made it clear that the policy did not include workers' comp coverage.

The trial was set to resume Thursday morning.

Advertise with us
Our Accounts Representatives are available to help. Give us a call at 866-975-2667
Free Webinar: Racial Inequity for Professionals in Workers' Comp
POP-UP EXPO - learn more about your favorite vendors