The former mayor of a town in Georgia still owes $4,600 in restitution after pleading guilty to accepting premiums but never placing the workers' compensation policies. 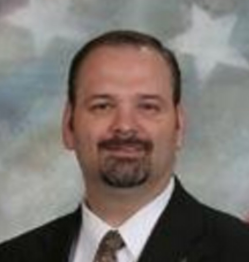 Brad Yates, owner of Yates Insurance Agency in Franklin, escaped prison time and was sentenced to $24,600 in restitution and 20 years of probation, according to local news reports. He pleaded guilty last week to accepting premiums and producing fake certificates of insurance showing businesses in the town were covered.

But an investigation by the Georgia Board of Workers’ Compensation’s Enforcement Division in 2017 found that Yates had never placed the policies and, instead, pocketed the payments. His actions cost one local building contractor about $30,000 in additional workers' compensation premiums, officials said.

“The District Attorney’s Office initially sought prison time for Yates’ crimes but agreed to a probated sentence in exchange for Yates' victims receiving $20,000 in restitution," local District Attorney Herb Cranford said in a statement to the press. “The state prioritized making these victims whole as soon as possible over sending the defendant to prison.”

Franklin has a population of about 1,000 and is 60 miles southwest of Atlanta.