Liberty Mutual Re named Susan E. Burke vice president and director of assumed reinsurance in its Casualty Treaty department, where she will be responsible for producing, underwriting and servicing a portfolio of casualty treaty reinsurance accounts. 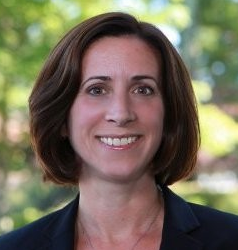 Burke joins Liberty from the reinsurance unit of Swiss Re, where she most recently served as senior treaty underwriter, and previously as vice president and claims expert. She also brings international experience to the new position through her work as claims manager and resident U.S. counsel at the Gerling Group in Germany.

Burke started her career in the insurance unit of a major international law firm. She earned her law degree from the Columbus School of Law at Catholic University in Washington, D.C.

She will be based in Liberty Mutual Re’s office in Stamford, Connecticut.