Less than a month after the Arena Football League announced it was suspending operations to figure out how to address financial issues, including a lawsuit demanding $2.4 million for workers’ compensation coverage, the AFL on Wednesday said it filed Chapter 7 bankruptcy and is shutting down. 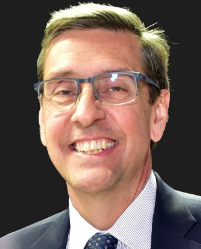 “We all love the game and tried very hard to make it successful, but we simply weren’t able to raise the capital necessary to grow the league, resolve the substantial legacy liabilities and make it financially viable,” AFL Commissioner Randall Boe said in a statement.

The AFL announced what was at the time a temporary shutdown in October shortly after National Union Fire Insurance Co. of Pittsburgh filed a complaint in New York seeking $2.4 million for comp coverage provided between 2009 and 2012. The complaint says the league and 18 teams failed to pay premiums, reimburse loss payments or pay what was due under a prior settlement agreement with the carrier.

National Union is asking the Supreme Court of New York County to order the AFL to enter arbitration to resolve the dispute.

The AFL had six teams lined up for the 2019 season. The Philadelphia Soul was the only team left in the league that’s named as a defendant in the complaint.