Despite widespread media attention and complaints from workers, all 935 COVID-19 workers' compensation claims at Minnesota's largest meatpacking plants have been denied, according to the Star Tribune newspaper.

"I've never seen numbers that dramatic," said John Malone, a workers' compensation attorney in St. Cloud and Edina. "There are certainly claims that are disfavored and routinely litigated. But to accept zero out of 935 is shocking to me."

Malone suggested that the denial rate, reported by a state agency, means plant officials are applying a blanket policy rather than judging each case.

Officials at JBS, which runs a pork plant in Worthington and a chicken plant in Cold Spring, denied that.

"We are following all legal requirements with respect to workers' compensation claims during the pandemic," JBS USA said in a statement. "Given the widespread nature of viral transmission in communities, our [insurance] administrator reviews each case thoroughly and independently."

Workers at meat facilities around the Midwest complained early in the pandemic that they were kept on production lines without adequate protection. A number of lawsuits have been filed over illnesses and deaths to employees.

Minnesota last year adopted a COVID presumption law, but it applies only to first responders, correctional officers, and some health and child care workers. The author of that bill, Rep. Dan Wolgamott, a Democratic-Farmer-Labor Party member from St. Cloud, this year introduced another bill that would require better protection and record-keeping measures for meat plant workers.

HF 800 does not extend a workers' compensation presumption for those employees but would require paid sick leave. It has been assigned to the House Labor, Industry, Veterans and Military Affairs Finance and Policy Committee. 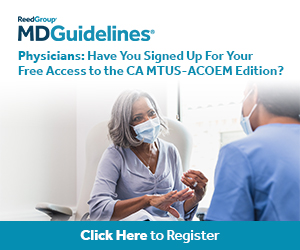