Two groups trying to unionize drivers for Uber and Lyft, as well as the Service Employees International Union, took out a full-page ad in the San Francisco Chronicle demanding that drivers be brought into negotiations over any legislation that could reclassify them as employees. 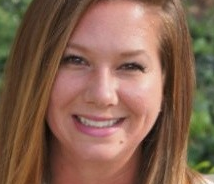 The three-part test presumes anyone who works is an employee. An employer or employee must rebut that presumption by proving the worker is free from control or direction in the performance of work; was hired to perform work outside of the usual course of business for the hiring entity; and is regularly employed in an independently established trade.

AB 5 includes a handful of exemptions for doctors, architects, lawyers and barbers. But it would likely result in those who drive for Uber and Lyft being reclassified as employees.

Gig Workers Rising and Mobile Workers Alliance said in the open letter to Uber and Lyft that drivers need a seat at the negotiating table. The ad demands that drivers have the “ability to bargain through a strong, democratic, driver-led union,” the Chronicle reports.

Rebecca Stack-Martinez, an organizer with Gig Workers Rising and an Uber driver, said drivers are the experts who understand what it’s like to work for companies such as Lyft and Uber.

“Drivers understand the daily impact that any decision will have,” she said.

The Chronicle reports that not all drivers are interested in being classified as employees, with some saying they prefer having the ability to work when they want, rather than having a scheduled shift.

Any effort to organize gig workers in California — or even to classify them as employees — could be complicated by a National Labor Relations Board memo finding Uber drivers are contractors.

The Senate Appropriations Committee is scheduled to debate AB 5 during an Aug. 12 meeting.

And what about those people who drive, and who DONT want to be classified as employees or Union?
Will you invite them, as well?

It would be a difficult group of drivers to quantify for invitation. You would have to find drivers that do not want California disability insurance should they become ill, overtime protections, a minimum wage, workers compensation insurance should to become they injured in an accident, a grievance procedure for unfair treatment, rights under the fair employment and housing administration, etc.