When a little-known federal official signed a memo almost 20 years ago outlining the need for Medicare to protect its interests in workers' compensation settlements, he had no idea that the action would spawn a multimillion-dollar industry. 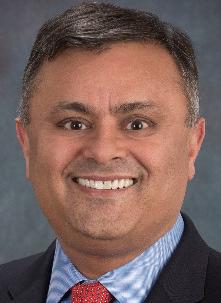 “Surprised? Certainly,” said Parashar Patel, whose name will forever be associated with what has come to be called the “Patel Memo,” written July 23, 2001.

Deane interviewed Patel in an hour-long webinar Thursday. The recorded conversation is available on YouTube.

Patel at the time of the memo was deputy director of the hospital and ambulatory policy group at the Centers for Medicare and Medicaid Services. During the talk Thursday, he was quick to point out that others at the agency played a large role in the analysis behind the memo.

Such memos were not that unusual at the time, and CMS often used them to provide guidance, Patel said. The memo Patel authored is still in place today and is considered one of the “most important documents in the history of Medicare set-asides,” Deane said.

The 2001 memo was partly an outgrowth of an effort by President Clinton's administration to ensure that Medicare wasn't paying medical costs that should be covered by primary payers, especially workers' compensation carriers.

The U.S. General Accountability Office in 2000 raised concerns that Medicare was paying for some services that it shouldn't, threatening the long-term solvency of the Medicare trust fund, Patel and Deane said.

The webinar included a history lesson on Medicare and set-asides. Since its inception, Medicare has been considered a secondary payer in cases in which workers' compensation is involved. Federal law in 1980, the Medicare Secondary Payer Act, extended that doctrine to include all types of insurance.

And regulations issued as far back as 1989 gave specific guideposts and required coordination of benefits with insurers, Deane said. But CMS didn't seem to get serious about ensuring that workers' comp lump sum settlements would sequester enough money to cover projected lifetime medical costs until almost a decade later.

Patel's memo was designed to bring some clarity and consistency to regional CMS offices, which had differed on how to approach the issue, Patel said in the interview.

Among other actions, the memo established the agency's authority to review the sufficiency of an MSA before an injured worker could be considered eligible for Medicare. It also established formal review thresholds, created a process for post-settlement monitoring and signaled that the set-aside plan must cover lifetime medical, not just costs for a limited period.

A cottage industry sprang up to review and administer set-asides that hasn't stopped growing since.

“It's quite amazing that this niche industry really boomed from the creation of this memo, onward,” Deane said.

A testament to the size of the MSA business today is this: CMS in 2017 signed a $60 million contract with set-aside review company Capitol Bridge, Deane said.

One reason for the growth industry is that Medicare's rules and the projected costs of medical care are often open to interpretation, and regulations continue to evolve. This year, for example, CMS is considering rules that would impose huge penalties on payers that fail to properly report settlements or make errors in their reporting.

Today, Patel is far removed from workers' comp and MSAs. After leaving CMS in the early 2000s, he was with Boston Scientific, a maker of medical devices, as vice president of global policy. In 2019, he was named senior vice president for government affairs at ViewRay, which has developed radiation oncology technology.

Patel said it's not unlikely that, two decades after his memo, some things may not have changed that much at CMS, and another far-reaching memo is possible.

The agency regularly drafts new regulations, “but for something this complex, you probably want to leave some room for guidance” — perhaps in the form of an internal memorandum that would cover issues not considered in the rulemaking, Patel said.

Advertise with us
Our Accounts Representatives are available to help. Give us a call at 866-975-2667
Free Webinar: Intro to Traumatic Brain Injury and Recovery
Free Webinar: COVID-19 Effect: A Risk Professional's Perspective