A county commissioner and a lawyer in Panama City, Florida, have been charged with workers' compensation fraud in connection with debris removal after Hurricane Michael hit the Panhandle last fall. 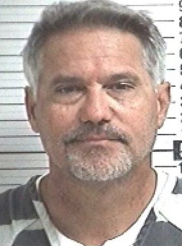 The Bay County Sheriff's Office said County Commissioner Keith Baker and attorney Gregory Wilson were arrested Tuesday and charged with failing to carry comp insurance on their workers, according to a local news report. Baker immediately resigned from his county office.

A third man, Dennis Morin, a painting contractor, also was charged with shirking comp insurance. An arrest warrant has been issued for a fourth person, David Russell, of Eclectic, Alabama, the sheriff said.

The alleged fraud came to light after local and federal authorities began investigating corruption in the city of Lynn Haven, adjacent to Panama City, after the hurricane. Using Federal Emergency Management Agency funds, the city hired a company to clean up debris, and the company sub-contracted work to firms owned by Baker, Wilson, Morin and Russell.

Wilson, 48, a former assistant prosecutor in the county, had his bar membership suspended in 2018 after he was convicted of perjury and bringing contraband into a jail facility. Baker also is accused of rigging bids for some of the demolition work.

“There has been an undercurrent of corruption in Bay County for a long time,” said State Attorney Glenn Hess. “The winds of Hurricane Michael laid it out so that it could be seen.”