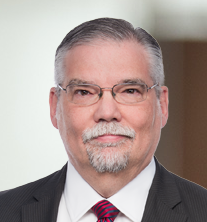 Hopke, of Metuchen, near Newark, was nominated by Gov. Phil Murphy in February. He will be one of 42 comp judges in the state, handling claims disputes.

"Fred is a seasoned workers' compensation attorney whose experience and judgment will be of great value to the State of New Jersey," Brian Molloy, president of Hopke's firm, Wilentz, Goldman & Spitzer, said in a statement.

Hopke has served as chairman of the firm's workers' comp group since 2005. Prior to joining the firm, Hopke was with a New Brunswick law firm, where he split his practice between personal injury litigation and workers' compensation.

Before law school in 1986, Hopke held management positions at a number of manufacturing companies, the firm noted. He graduated from New York Law School.