Pretty much everyone knows the Bible story about King Solomon.

Two women claimed they were the mother of an infant after a different child had died. Solomon ordered the baby to be split in half and divided between them. One woman agreed; the other would rather abandon her claim. Solomon then knew that the one who put the baby’s welfare ahead of her own interests was the true mother.

Attorneys and claim professionals complain about judges who decide cases where it appears the result does nothing more than equally divide the difference between the parties’ positions. Complaints about “baby splitters” are loudest when the defendant or employer maintains that no money should be awarded at all.

Pay attention to the midpoint

Each demand and offer sends a message. Smart negotiators pay attention to how the midpoint changes with each round of negotiation. Cases do often resolve at the midpoint between the first reasonable settlement proposals.

Some negotiators start with an extreme position intended as an anchor. Anchoring communicates what your ballpark is. However, if the proposal is so unreasonable as to be ridiculous, no one will take it seriously, and the midpoint is not predictive.

Is there ever a time to split the baby?

When the negotiators’ positions are close, they may agree to split the difference. Often, cases settle near but not exactly at the midpoint to avoid the appearance of a baby split.

Sometimes the parties would accept a compromise at the midpoint but are unwilling to let the opponent know this because they fear the disclosure would not resolve the dispute.

When I see a likely resolution that the parties are not willing to put on the table themselves, I may make a “mediator’s proposal.” My proposal rarely suggests an even split, but like Solomon’s suggested result, it does resolve the dispute.

Attorney Teddy Snyder mediates workers' compensation cases throughout California. She can be contacted through snydermediations.com. 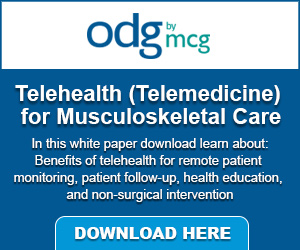