The one thing about statistics is it's all about how the data is gathered and interpreted.

Which is why I'm not terribly excited about the latest published study from the National Academy of Social Insurance (NASI) which claims that employers on average paid less for workers’ compensation insurance and injured workers collected less in benefits in 2010 than in 2009.

At first blush this statement would contradict all of the more recent news from various states that costs are increasing, along with the normal cycle of calls for reform.

But the study (“Workers’ Compensation: Benefits, Coverage and Costs, 2010”), headed by John F. Burton, professor emeritus at Rutgers and Cornell universities and chairman of the NASI, measures costs as a share of paid wages.

When measured thusly, NASI found employer costs were lower in 2010 than in any year since 1980.

Frank Neuhauser, a researcher with the University of California, Berkeley and author of numerous studies of the California workers' compensation system, also served on the NASI study panel that prepared the report.

Neuhauser explained to WorkCompCentral that the NASI study calculates employer cost per $100 of payroll, including overtime payments, which are typically not included for workers’ compensation premiums. He said that about 10% of payroll doesn’t apply toward premiums.

When estimating the cost for self-insured employers, NASI uses dollars paid and adds about 15% to cover overhead and administrative costs. Neuhauser said it should be closer to $1 for $1.

“I think they’re underestimating the costs for self-insured employers and public agencies,” he said. “That probably accounts for about 30% of costs, which means NASI is about 30% low as a percent of payroll.”

Which goes to show that Mark Twain's beguilement with numbers ("There are three kinds of lies: lies, damned lies, and statistics") is completely understandable.

And which caused Neuhauser to state that while the NASI numbers may seem low, they are calculated consistently so there is still value to the study in analyzing trends, and that, “It does tell us that costs are not accelerating in ways that rating bureaus are concerned.” 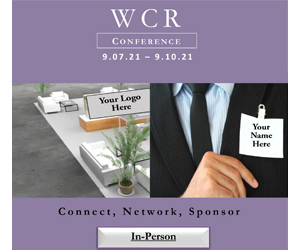