Unfortunately, this type of declaration does not proclaim anything we have not already known, as unless you have been living on a deserted island for the past several years, you are aware that we have been in the grasp of an opioid epidemic in the United States that directly impacts public health as well as social and economic welfare.

According to numbers provided by the National Institute on Drug Abuse (NIDA), updated in January 2019, more than 130 people in the United States die as a result of opioid overdose every day. Additionally, the NIDA has found that approximately 21% to 29% of patients who are prescribed opioids for chronic pain misuse them, and that 8% to 12% develop an opioid use disorder.

Efforts to address the opioid epidemic across the country often focus on how to treat those suffering from addiction. Similarly, lawsuits against pharmaceutical companies to assist with the financial burden of addressing this epidemic have been gaining national attention, such as the recent decision where the State of Oklahoma won $572 million in its case against Johnson & Johnson.

But, many of these efforts are Band-Aids after the fact. The reality is that many patients are in need of opioids for good reason. Therefore, health care providers — those who prescribe opioids to their patients — are the real first line of defense against opioid overuse and abuse.

In relation to workers’ compensation cases, abuse of opioid drugs for treating pain has been a significant problem, as the need for pain management plans for many injured workers is very real. However, the human and financial costs resulting from improper prescribing of these powerful and dangerous drugs has been staggering.

Keenan’s PRIME Managed Care Solutions developed a pharmacy program to address this problem. The program, Saving the Opiate Patient (STOP), is designed to help deter and prevent opiate addiction of injured employees, and assist clients in controlling the costs of prescription drugs.

According to statistics released by California Workers’ Compensation Institute (CWCI), 19 cents of every workers’ compensation medical dollar is spent on Pharmacy; PRIME is 42% lower. STOP assists clients in controlling the costs of prescription drugs. PRIME utilizes a medical doctor to review and discuss the prescribing patterns with the injured employees’ treating physician. This ensures defensible recommendations with maximum cost effectiveness.

STOP then works with physicians one-on-one to taper medication and develop alternative drug treatment plans that are cost effective, and less harmful to the injured employee.

Each patient is individualized, and that is the key. Every person has different psychosocial dynamics occurring in their life at the same time as the injury and recovery, and each patient has his own comorbidities. So, STOP helps to create a treatment plan based on that particular patient.

More than just identifying opioid abuse, the STOP program has been helping patients avoid the path that leads to overuse and abuse of dangerous opioids. 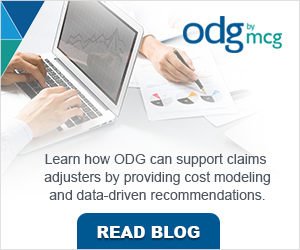