There are not many Appellate Division decisions on occupational hearing loss and tinnitus, which is why the decision is of interest in Donzella v. SG Performance Plastics Corp.

The case involved an employee of SG Performance who worked at its manufacturing warehouse in August 2015. He and 30 others worked around multiple machines. He wore eyeglasses and gloves but no hearing protection.

One month after beginning his employment, Donzella went to St. Joseph’s University Medical Center in Paterson and stated that he was very dizzy. He was given Meclizine for treatment of motion sickness and vertigo. He never returned to work at SG Performance but did eventually get a job in 2017 at the State of New Jersey Water Commission.

Petitioner saw Dr. Festa, an ENT physician, who noted petitioner’s hearing levels were normal. Next, he saw another ENT, Dr. Samadi, who diagnosed bilateral tinnitus and sensorineural hearing loss. He later added a diagnosis of a deviated nasal septum.

Petitioner filed a claim petition on Nov. 10, 2015, for his dizziness, vertigo and hearing loss. He amended the CP nearly two years later to allege occupational exposure to excessive noise from Aug. 3, 2015, through Sept. 30, 2015. Petitioner was seen by Dr. Gerald West, another ENT, who diagnosed tinnitus due to extreme noise exposure in 2015. West estimated 25% permanent partial disability for tinnitus but noted that the petitioner’s hearing was within normal limits.

Respondent retained Dr. Steven Freifeld, who observed that petitioner still complained of bilateral hearing loss and sensitivity to noise as of September 2018. However, his dizziness had abated. Freifeld felt that there was no hearing loss and found that the symptoms were not work-related.

The experts did not testify but their reports were introduced into evidence in lieu of testimony. This procedure is known as a trial on reports. The judge of compensation did not find petitioner’s testimony to be credible on certain points.  The judge commented that petitioner described the machines as being loud but admitted that he could hear directions and instructions from his supervisor if the supervisor raised his voice.

Furthermore, the judge observed that neither Festa nor Samadi commented on causation between work and his symptoms. Finally, the judge said, “there was no data, study or reference of any kind to suggest that this condition was caused by the limited noise exposure.”

In ruling for the respondent, the judge found Freifeld to be the most credible of all the ENT physicians in this case. The judge accepted Freifeld’s opinion that petitioner had vestibular neuronitis, a condition that can happen to someone at any point in time. The judge found no evidence causally relating this condition to work.

The Appellate Division deferred to the expertise of the judge and affirmed the dismissal of the case because there was ample evidence to support the decision. It underscores that in any occupational hearing loss or tinnitus case, there must be a record established of specific work conditions, such as decibel levels, in tandem with consideration of medical studies or data connecting fairly common conditions like tinnitus or noise sensitivity to the specific work conditions. 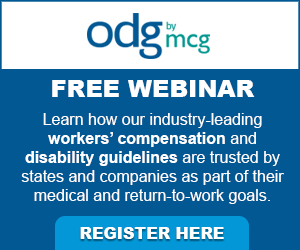